In the previous issue the Baroness infiltrated Destro's castle and confronted him about his failed projects and the valuable resources he has wasted. Destro's dog attacked her before she could shoot him, and in this issue the two face off wielding swords. The Baroness seems to be getting the upper hand initially, but Destro manages to find an opening and he knocks her unconscious. He then lifts the Baroness over his shoulders and carries her off. 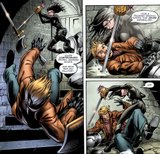 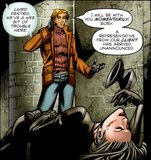 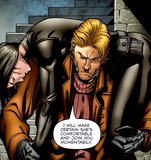