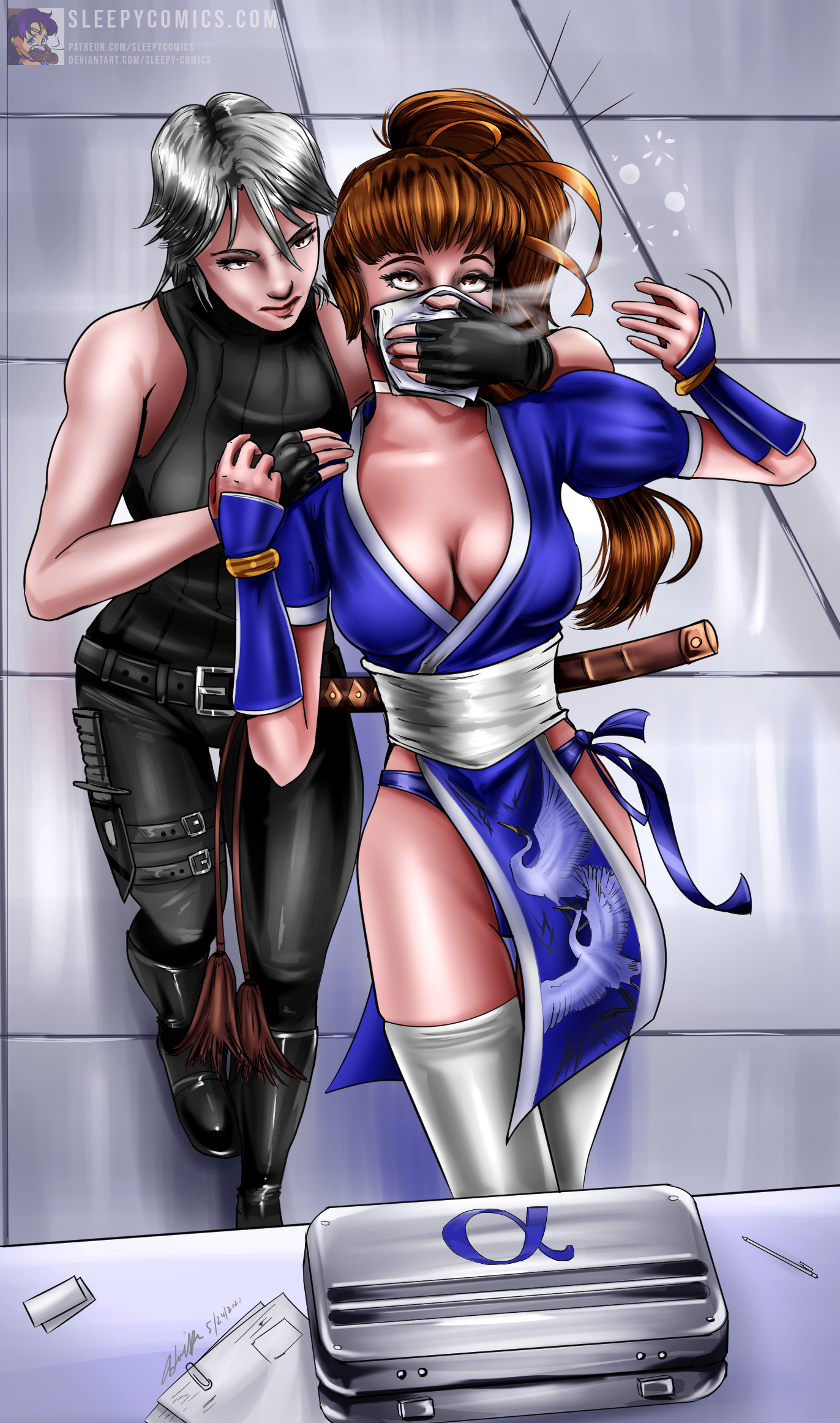 Artwork Created: May 24, 2020
This piece was the result of a suggestion made on my Patreon page. Kasumi is the main protagonist of the Dead or Alive video game series. The game is known for its sexy cast of female fighters. Christie is an assassin in the game, and serves as the villain for my artwork. One of the games introduces a plot point called "Project Alpha". This project's goal is to create the ultimate fighter, and it does this by cloning Kasumi. My scene starts off with Kasumi stumbling upon the secretive Project Alpha files, only to be ambushed by Christie. Christie smartly applies the chloroform to Kasumi, rendering her unconscious.
Series: Dead or Alive
Tags: chloroform
DeviantArt