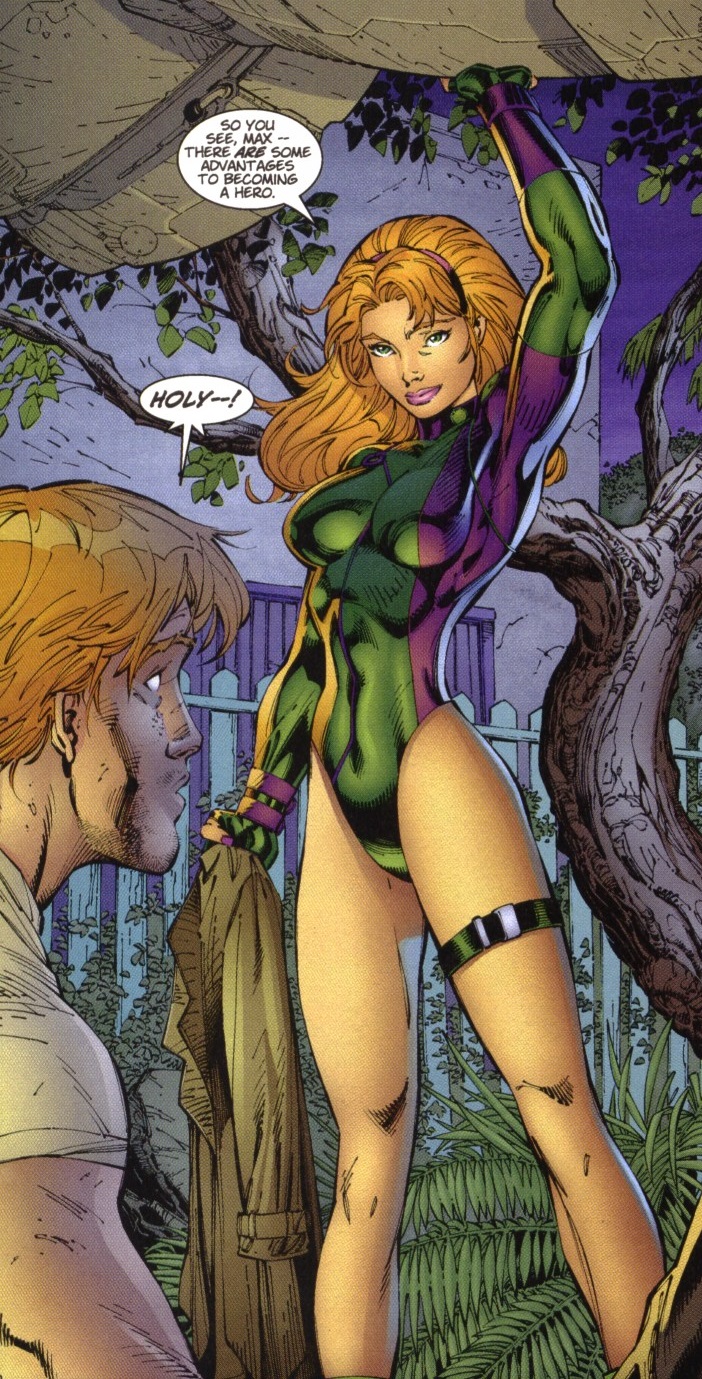 Taken from Wikipedia:
Caitlin Fairchild is a sexy female superheroine created by Jim Lee and Brandon Choi, and artist J. Scott Campbell. She is a member of the Gen13 team.

Caitlin was affected by her gen-factor causing her mass to increase and her muscle density to grow exponentially. This gives her incredible strength and durability as well as increased stamina and agility. She has confronted and been able to hold her own against some of the strongest heroes and villains in the Wildstorm universe.

She has numerous peril scenes throughout her comic history.
One of her best knockout scenes is Gen13 Science Fiction, where she was gassed to sleep. In Gen13 v3 #17, Caitlin was given a drugged drink and woke up bound and gagged.