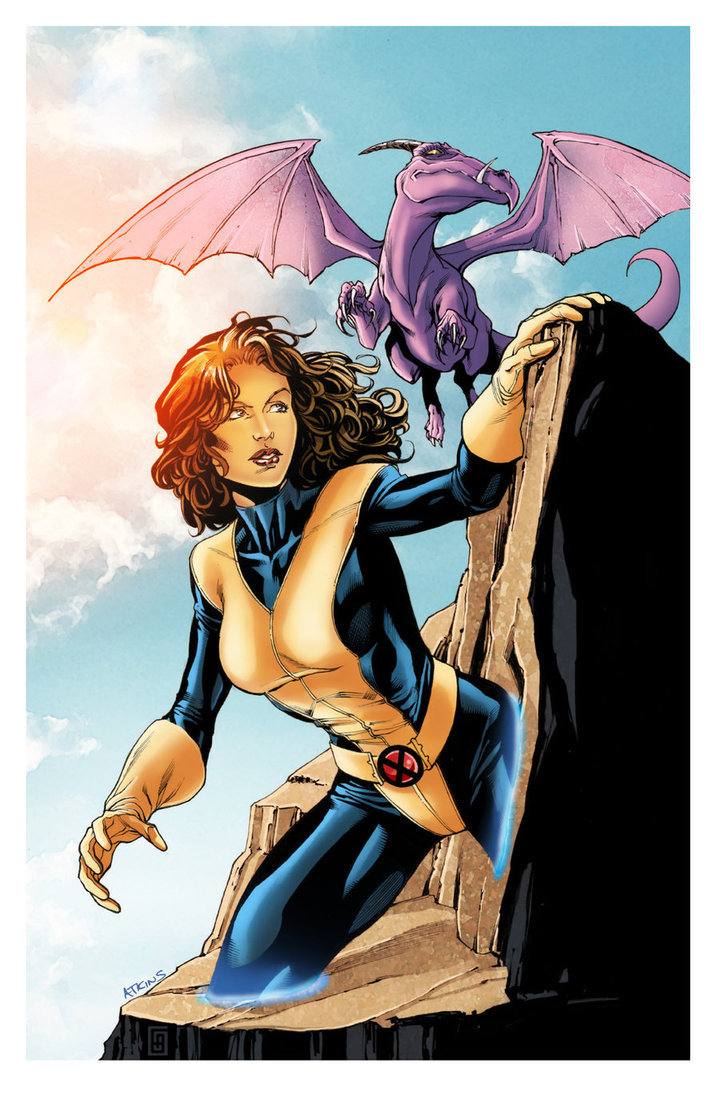 Taken from Wikipedia:
Katherine "Kitty" Pryde, also commonly known by the codename Shadowcat, is a Marvel Comics mutant superhero and a member of the X-Men. Created by writer Chris Claremont and artist/co-writer John Byrne, she first appeared in Uncanny X-Men #129 (Jan. 1980). Pryde also used the names Sprite and Ariel briefly.

Shadowcat possesses a "phasing" ability that essentially allows her and objects or people she is in contact with to become "ghosts". This mutant power also disrupts any electrical fields she passes through, and lets her simulate levitation, literally letting her "walk on air". She possesses a genius level IQ, is an expert with computers, and has a significant proficiency in several forms of martial arts, such as Kung Fu, Karate, Judo, Aikido, and Krav Maga.

At the time of her membership, Kitty was the youngest person ever to be invited to join the X-Men. During her early years, she is portrayed as a "kid sister" to many older members of the X-Men, filling the role of literary foil to the more established characters. In the years since her introduction however, she has aged and matured, and has become a main character on her own in various ongoing comic books, miniseries, and cartoons. In the most recent X-Men film, X-Men: The Last Stand, Kitty Pryde was portrayed by Ellen Page.