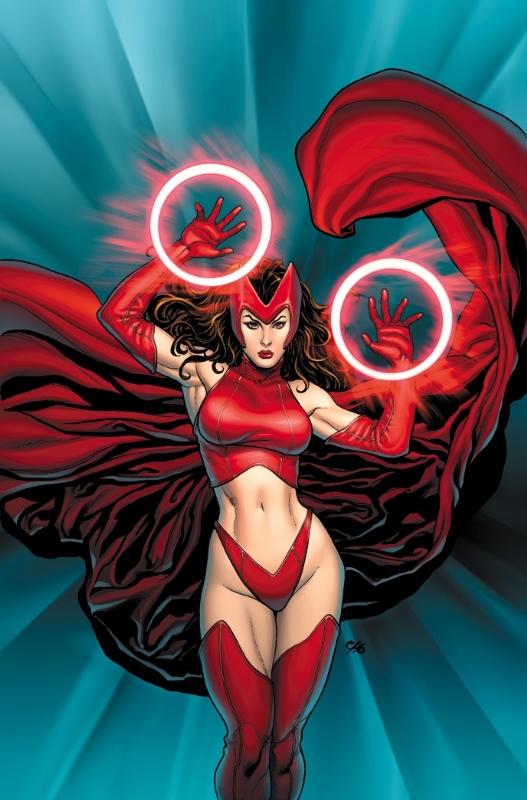 I think she's known for her sleeping gas scenes. She was chloroformed once too!

Taken from Wikipedia:
The Scarlet Witch (Wanda Django Maximoff) is a fictional character that appears in comic books published by Marvel Comics. The character first appears in X-Men #4 (vol. 1, Sep. 1963) and was created by Stan Lee and Jack Kirby. The Scarlet Witch is the daughter of master villain Magneto, the twin sister of Quicksilver and half-sister of Polaris.

Initially, the Scarlet Witch had the ability to manipulate probability via her "hexes", which usually manifested physically as "hex spheres" or "hex bolts". These hexes were relatively short range, and limited to line of sight. Casting a hex requires a gesture and concentration on her part, though the gestures are largely a focus for the concentration. Despite this precision, the hexes are not necessarily guaranteed to work, particularly if Wanda is tired or using her powers excessively. If overextended, Wanda's hexes can backfire, causing probability to work against her wishes or to undo previous hexes. The effects are varied but almost always detrimental to opponents, such as causing the robot Ultron to short circuit [46] or a gas main underneath the Brotherhood of Evil Mutants to explode. [47]