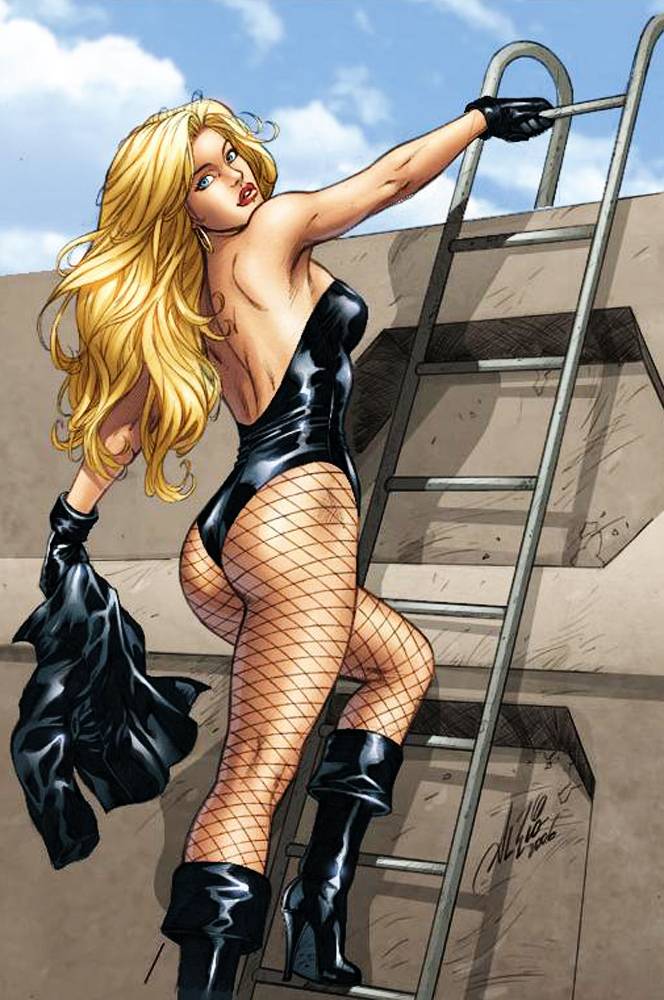 One of my favorite heroines. She has some of the sexiest KO scenes.

Black Canary is noted for her martial-arts skills and her "Canary Cry" - a high powered, sonic scream with the ability to shatter objects and incapacitate villains. Among the first generation of superheroes, she was a member of the Justice Society of America, the first superhero team to appear in comic books.

In the 1980s, the character's history was rewritten to make her two entities: Dinah Drake Lance, who took part in Golden Age adventures and married Gotham City detective Larry Lance, and their daughter Dinah Laurel Lance, who has appeared in modern stories.

The combination of the Black Canary's courage, fighting prowess, and her sex appeal (accentuated by her characteristic fishnet stockings) has resulted in her being referred to as "The Blonde Bombshell."