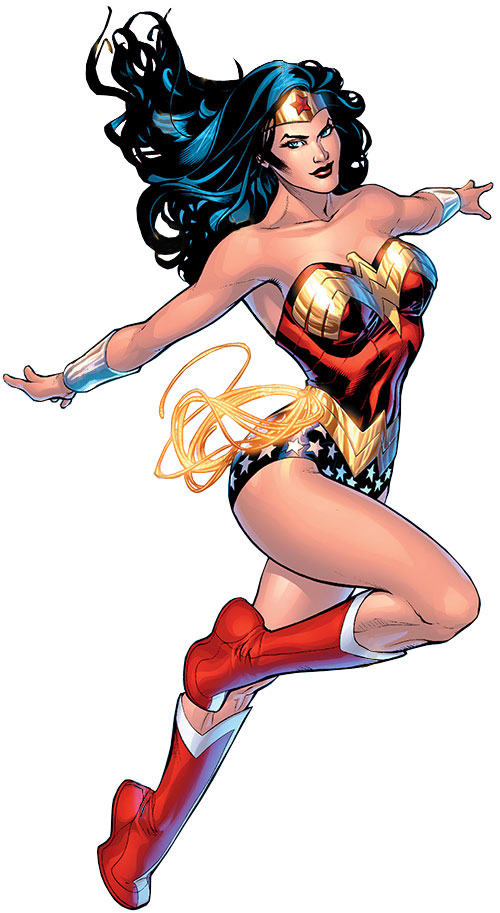 Wonder Woman has the record for most knockout scenes in comics. Her Golden Age stories were known to contain frequent instances of bondage, captures and knockouts. I regard Wonder Woman as the origin for many people's sleepy fetish.

Most notable is Wonder Woman's portrayal by Lynda Carter in the 1975 TV series. In the show, Wonder Woman was chloroformed by Fausta Grables in what is perhaps the greatest scene in sleepy fetish history.

Sleepycomics.com would not exist without Wonder Woman.

Taken from Wikipedia:
Wonder Woman is a fictional character, a DC Comics superheroine created by William Moulton Marston and one of the three characters to be continuously published by DC Comics since the company's inception in 1944.[1] Marston's wife Elizabeth Holloway Marston, and Olive Byrne, who lived with the couple in a polyamorous relationship,[2] served as exemplars for the character and greatly influenced her creation.[3] Wonder Woman first appeared in All Star Comics #8, published in December 1941. She is a founding member of the Justice League.

In addition to comic books, the character has been in the media such as the famous 1975 to 1979 television adaptation starring Lynda Carter, as well as in animation like the Super Friends and Justice League animated series, including the recent Justice League: The New Frontier animated movie and a forthcoming animated feature due out soon.

Princess Diana is a member of a fictional tribe of Amazons, based on the Amazons of Greek mythology. Her name is reflective of the mythological character, Diana or Artemis. Her mother is Hippolyta, queen of the Amazons. When Diana leaves the Amazons to travel to the world outside, she is known as both Wonder Woman, and as Princess Diana. As Wonder Woman, she was awarded several gifts by the Olympian gods, including the Lasso of Truth created from the Golden Girdle of Gaea and indestructible bracelets formed from the shield Aegis of Athena. For several years she was described in the splash page of each story, as "beautiful as Aphrodite, wise as Athena, swifter than Hermes, and stronger than Hercules."